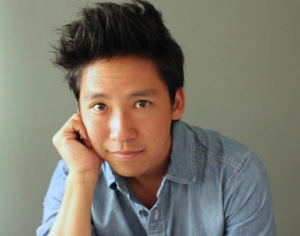 A content creator on YouTube, Grant shares cosplay montage videos, musical improv comedy, success talks, skateboarding adventures and more. His first children’s book, Soon Kitty, (just released) is a story of overcoming procrastinating and taking things one step at a time. He is currently working on three novels and two more picture books while honing his photography skills as a hobby, which you can find on Instagram. For the past ten years he has worked on making a difference in the world through laughter, music and comedy.

Tiffy writes bilingual book series’ for children, parents, and students of other languages motivated by her struggles with her native language, English, as a kid with dyslexia. It wasn’t until her second year of French in high school that everything clicked, spotting patterns as the pieces were taken apart and rearranged. It is her fervent hope to writes stories and characters kids will love and grow old with while they learn to love reading.

Illustrator and 2D animator, James digs deep into different styles and forms of media. Currently based out of Honolulu, Hawaii, he worked closely with writer Grant Uchida to illustrate Soon Kitty, his first children’s picture book. His animations and art portfolio can be found on his website, Jimmy Sparrow Art. 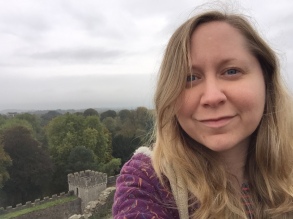 Illustrator of The Adventures of Everest the Elephant: Everest Goes to Space, Kelly splits her time between artistic endeavors and spending time doing recreational activities with the elderly. She has a deep love for the woods, traveling, and creating.

A bilingual speaker herself, Marielle knows first hand what it’s like going to school and learning in a foreign language. Originally from Puerto Rico, her family moved to Connecticut when she was nine years old. Her struggles lead her into the field of TESOL, and has recently become a Teacher of English to Speakers of Other Languages with her Masters Degree from Central Connecticut State University. Her goal is to help students adjust to English speaking and provide a stable foundation for growth here in America.

A French teacher here in Connecticut, Sam’s passion for the language is seeking new ways to bring excitement for learning back to classrooms. She has a BA in French and a BA in Secondary Education from the University of Rhode Island, and a Master’s in French Linguistics and Pedagogy from Middlebury College. She is teaching high school French in western CT, and is active in the American Association of Teachers of French. She currently resides in central CT with her amazing husband, wonderful daughter, and fun-loving feline.

Nicole is a German native who is fluent in German (Deutsch) and English. She also speaks French and Italian conversationally. Her time is spent translating for businesses and writers across the globe while attending university in Germany.